For better or for worse, doorways to our cthnonian self are indelibly imbedded in our psyche, and have been ab aeterno. The monolith, we realize, is a lot older than we think it is.


Of course the monolith is more than an unembellished jet-black slab.

The featureless simplicity of the shape - a simple geometric form - belies the complex profundity of its essence. Of course, as a mere block the monolith emits no menace, it simply is. Even Moon-Watcher himself literally forgets the existence of the brick once he has established it is neither edible nor a threat.

We should not dismiss the dark hunk so easily, though. There are several layers of meaning embedded in the chunk o' charcoal, and if one manages the inconceivable - scratching the surface of it - one finds it is veritably rife with symbolism and suggestion.

Perhaps the most obvious analysis is to compare the metamorphic capacity of the gateway to the transcendence of Man into the Nietzschean Übermensch. It has been said the opening leitmotif was chosen by Kubrick singly due to its majesty and brevity, but the tangential references to Zarathustra are difficult to ignore. The "perfect Intelligence" which Zoroaster ascribes to Mazda is fully realized in the monolith. 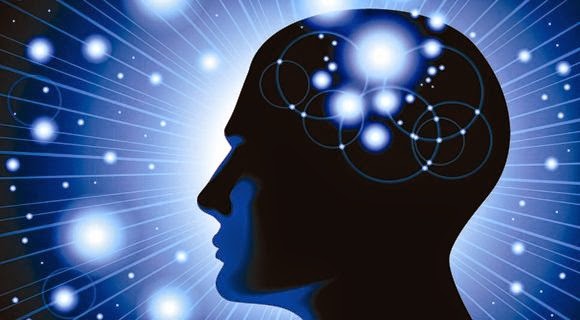 In Nietzsche's view, the übermensch is the purpose of the Earth, or rather, all of Creation exists in order to bring forth said super-human. And it must be remembered the übermensch prevails in the present, in the here and now, it is not an angelic post-mortem existence beyond these dying realms, þás sáwlung wuldorgesteald. Hence it is devoid of all need for deities and revelation; it is, in Nietzsche's words, the "death of God."

The Nietzschean transformation sequence is complete with the emergence of the Star Child, when Bowman as a panthera leo says "I will," and leaves the company of Man and ventures past the mouth of the Dragon - "on every scale glittereth golden Thou Shalt!" of all others, symbolized by the unobtainable monolith - and finally realizes his own will cannot prevail and can only submit.

When Bowman returns to the present after having been transformed, he is essentially resurrected as a higher being, as a child, as the "sacred Yes." This being cannot be anything or anyone else but the übermensch; the "one who has died but who has been resurrected", and is now living on another plane, the egenomen nekros. The monolith is thus the final grammatikos, leading the traveler to enlightenment, to the Campbellian boon. The Star Child is of course the Nietzschean child, who no longer exists codependently, but is unrestrained, utterly free "for the sport of creation: the spirit now wills its own will ... its own world."

But there is much more to the monolith than this. It has, after all, a shape. A constitution.

When the monolith is seen as pure Form, it cannot really be the Form for anything but the eternal, as we shall see. Before we do that we must acknowledge there exists a minor problem with this, however. Or not as much perhaps a problem as a lack of definition. It is impossible to ascertain whether the monolith represents the morphē or the eidos, or whether it is, indeed, its own form and ideal.

Forms are immaterial, of course. Thus even the shape of the monolith is not real, it only resembles itself. And voilà, we thus paradoxically end up with the only post-Platonic conceptualized object in existence.


The changing chameleon nature of the slab is what makes it everlasting, for change itself is the only facet of permanence we can both control and be enslaved by. Schopenhauer acknowledged this when he said "change alone is eternal, perpetual, immortal."

It is best you don't think about it too much.

The monolith is fundamentally the Philosopher's Stone, the item of legend that had the ability to turn any metal into gold, turning the worthless into the possession most priced.

We prefer the impossible to the inarticulate - we want to agree with Parmenides; out of nothing, nothing is made. But the quietude is unrelenting.

Yet no analysis of the mystery can be complete without the monolith's voice.

The monolith is unknowable, recondite. Yet the noumenon that it represents is unnerving by its very stillness. We acknowledge that even Kant's transcendental logic of the Ding-an-sich, the thing-in-itself which is eternally and perfectly unknowable per definition, perfectly renders the monolith, but yet we cannot accept its saturninity.

And this is where we - at last! - interface with the Form and gift it with our voice. We bestow the twilight, the dark, with our words; we impart our beckoning, our Siren's song to "the endlessly echoing halls." Holmes saith, What endless melodies were poured, As sad as earth, as sweet as heaven!

When we communicate through silence, said Marcel Marceau, we are connected via the thoughts of Man. This is then after all the possession most priced, the established contact to what we can only understand as the higher existence, it is like Gandhi's longing of the soul.

The contact is inevitable, of course, and is only a matter of time. When Form and Essence become the same, we will be right there with it, endless. Time, as it were, is only a temporary obstacle.

I do not think we will have to wait for too long.

Posted by Odyssey Archive at 11:58 AM